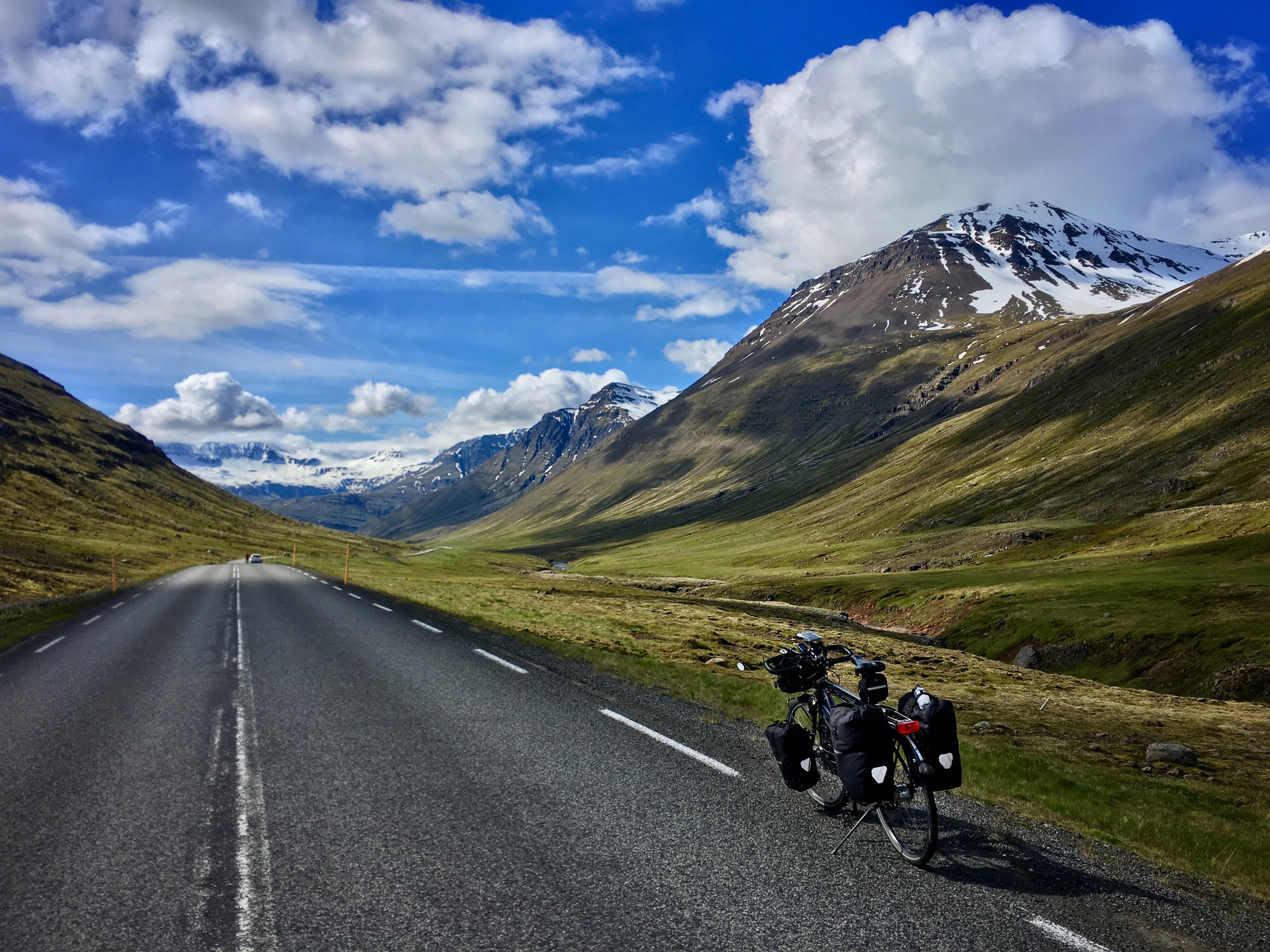 Number of times I was outrun by a band of horses: 1 (near Gullfoss. 67 horses strong)

Number of ATM cash withdrawals: Zero (Visa is my friend)

Number of days in Iceland until I saw local cash: 10

Number of kilos lost on Iceland: 3

Advice most often told by locals: “If you don’t like the weather, just wait for 5/10/30 minutes”. Bullocks!

Nights on official camping grounds: 12 (of which 4 were free)

Most crazy tailwind: From Kirkjubæjarklaustur to Vík, southern Iceland. 40 km/h was easily averaged.

Most crazy headwind: From Reykjavik to Borgarnes. From Staður to Blönduos. Along the fjord Berufjörður towards Djúpivogur. Oh, the list goes on…

Age of my beloved tent: 11 years (Exped Vela I Extrem)

Number of snow storms: 1 (on 350 m pass between Blönduos and Varmahlíð)

Numbers of meals in restaurants: 1 (Thai food in Akureyri)

Biggest concern: Keeping toes and fingers from freezing (off 🙂 )

Iceland as a cycling destination, overall rating: 9 (of 10)