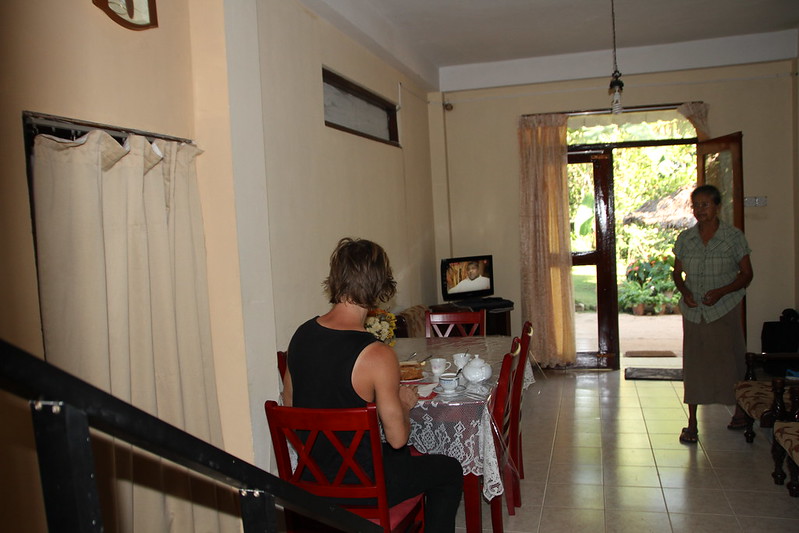 Time to leave the central highlands of Sri Lanka and head down to the coast for some beach time. It’s a spectacular ride down the Ella Gap. Route A23 drops quite dramatically for some 20 km from Ella (1.040m) south towards Wellawaya (150m). World class cycling. 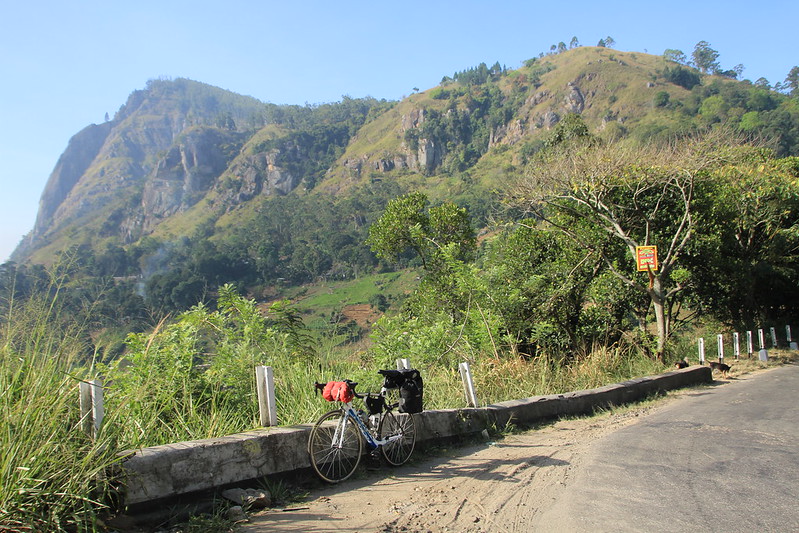 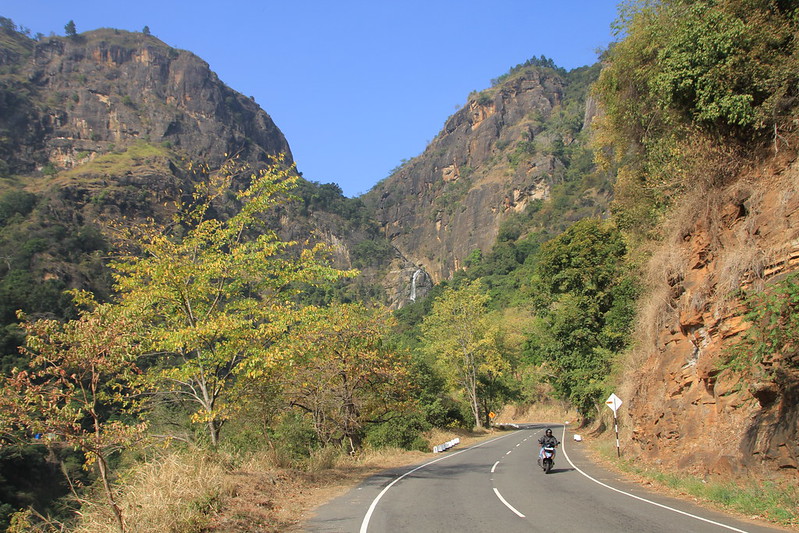 6 km south of Ella is the Ravana Falls. Nice backdrop for a model shot of the bike. 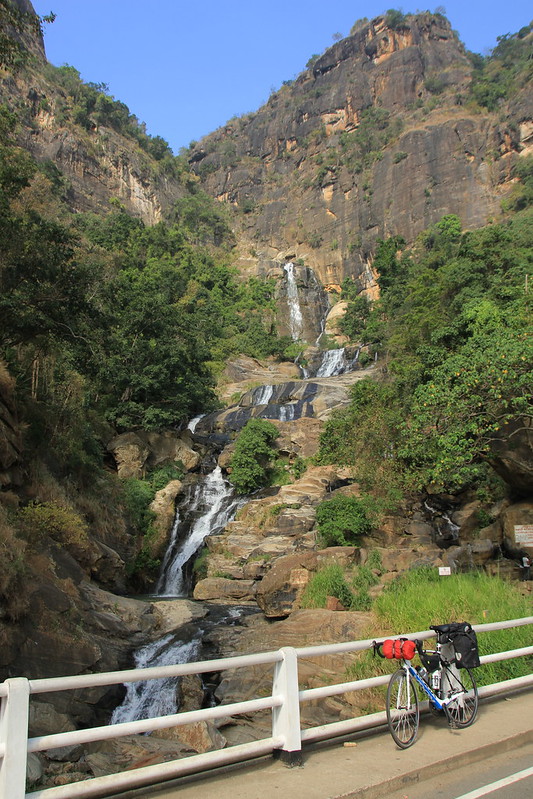 At first, when I saw this sign along route B35, I was like “Yeah, right. Elephants. Sure thing”… 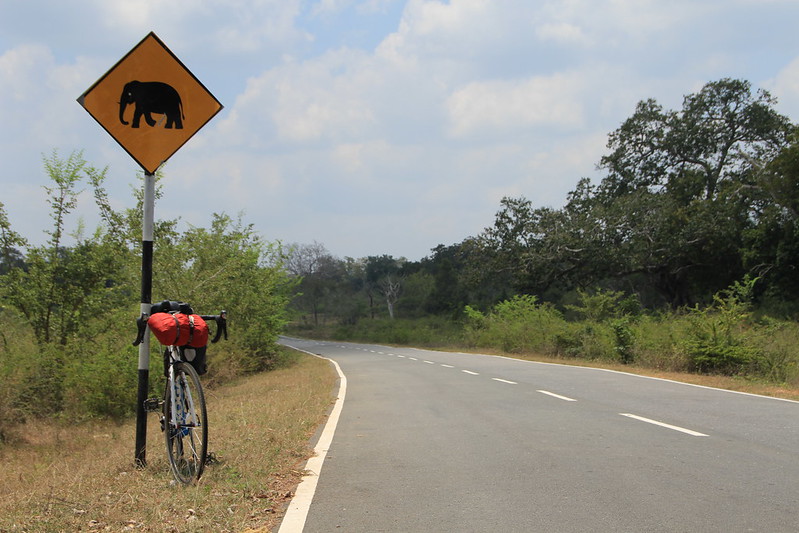 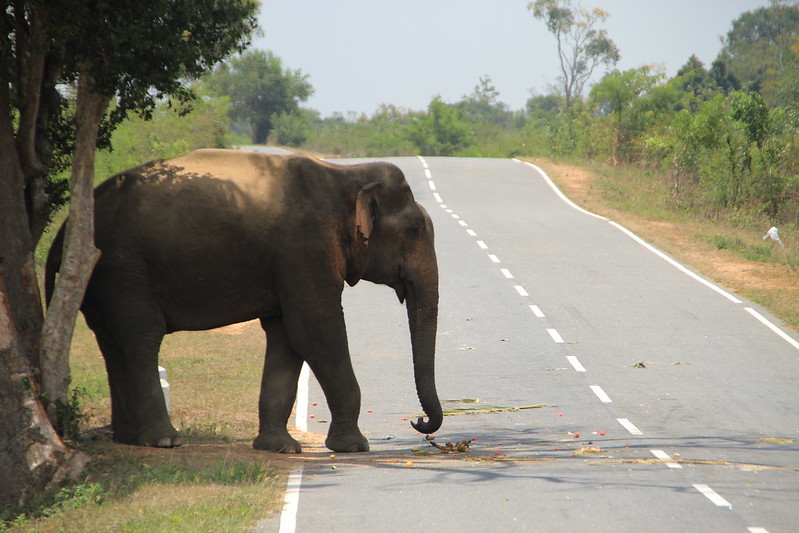 (In the video I just ramble about the elephant, what to do, how to get past it, blablabla)…

Being blocked by a wild elephant! Who would’ve thought…On my way to Tissamaharama I get a quick glimpse of a little crocodile in the Wirawila Lake. Before I get my camera out of my rucksack, the croc submerges, and I never see it again. Clever beast.

Below: The Tissa Dagaba (Buddhist stupa). 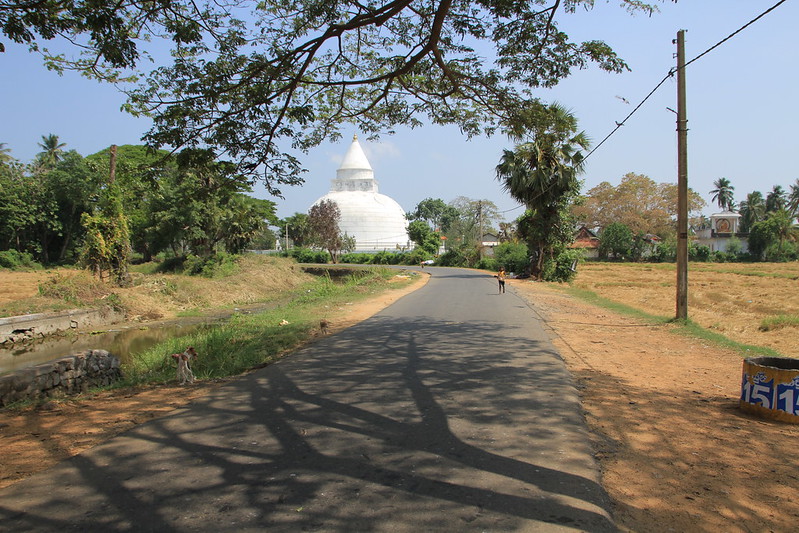 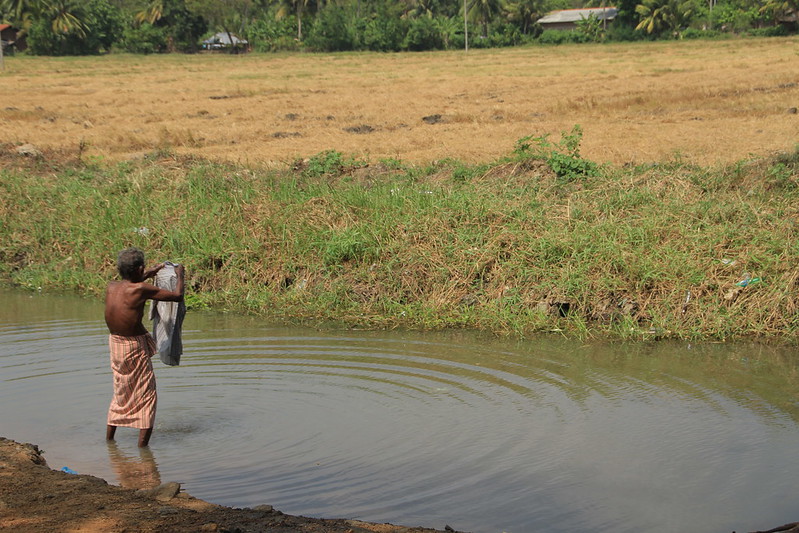 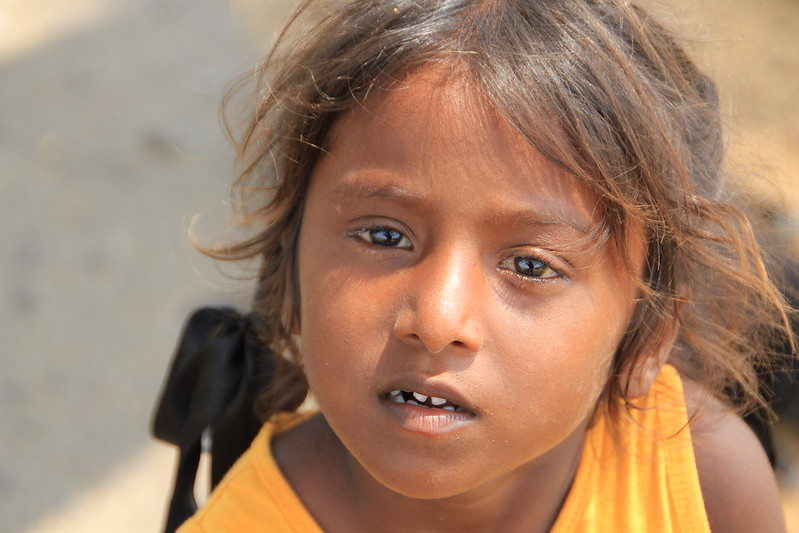 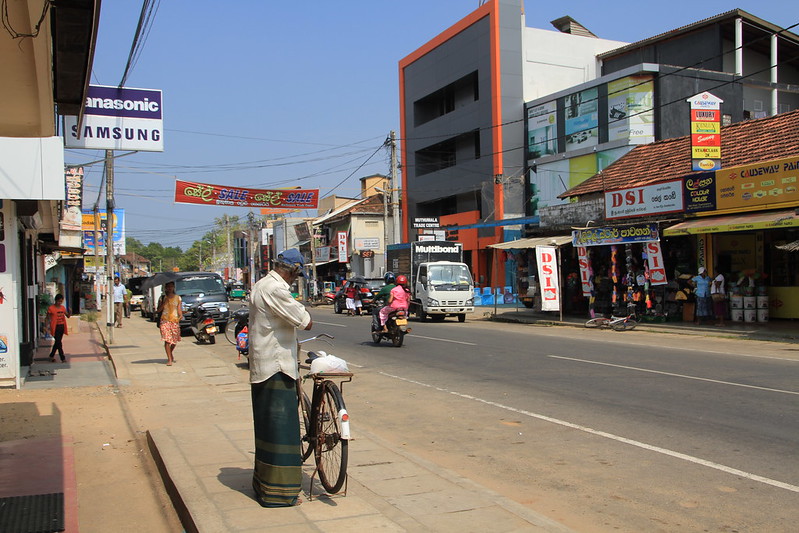 After having fueled up on liquids and ice cream in Tissa, I leave the main road and – thanks to my Garmin GPS – I find some really cool backroads on my way to the Bundala National Park (see GPS-route below). Some roads are newly paved, some a made up of huge concrete slabs, some are made of dirt, some are made of pebbles – they all make for great cycling, and no matter what, the Koga carbon bike makes no complaints… 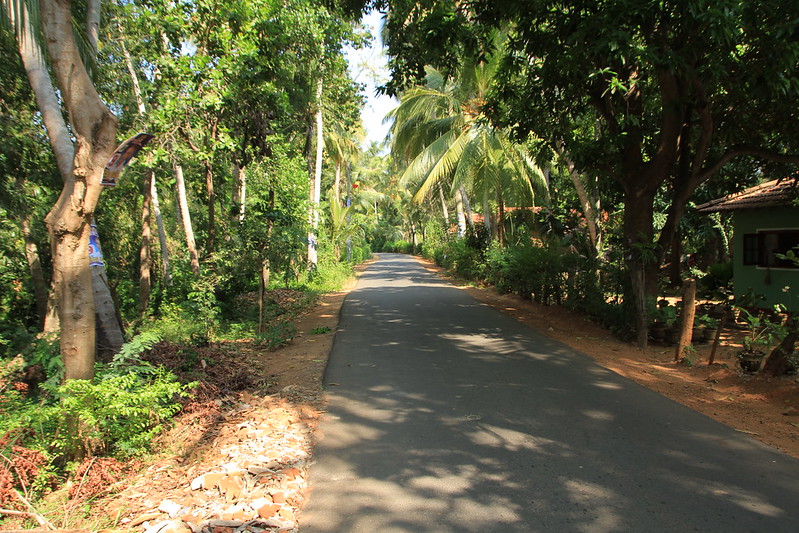 Alone (with the monkeys and the birds) at the Bundala National Park. 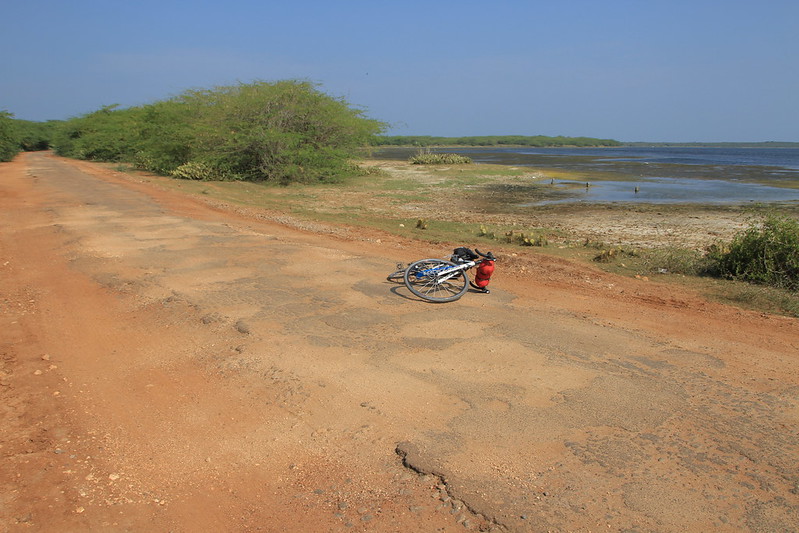 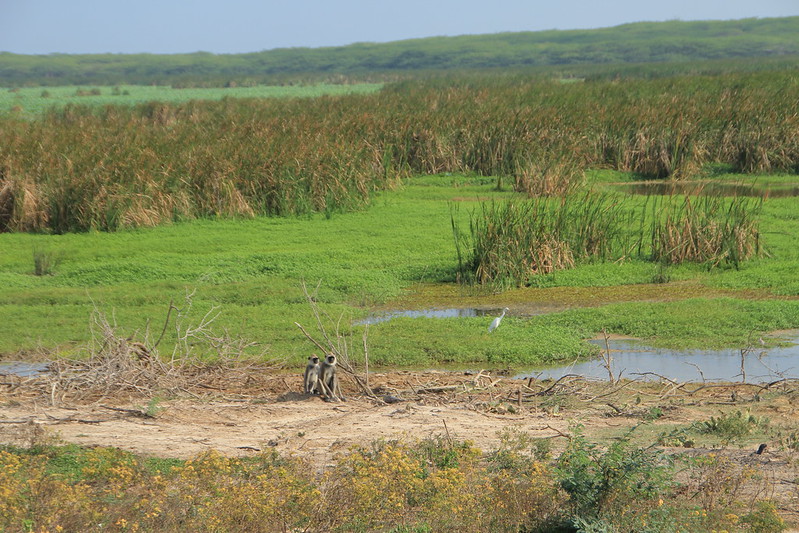 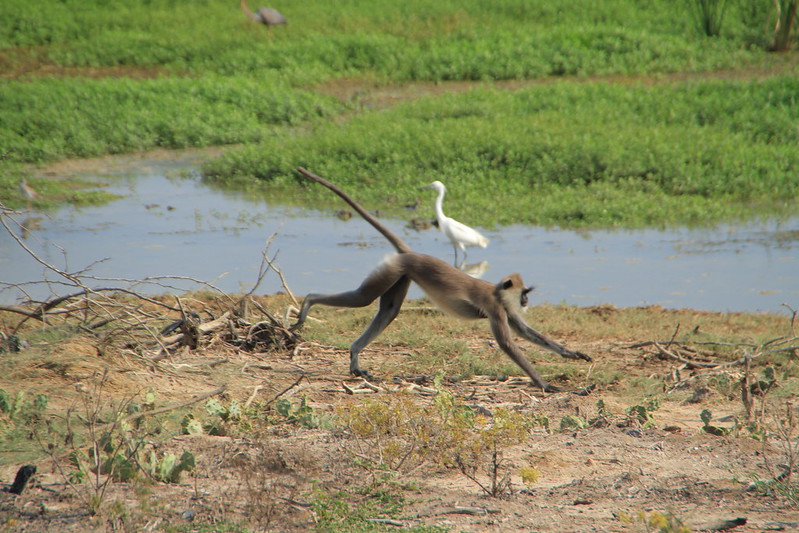 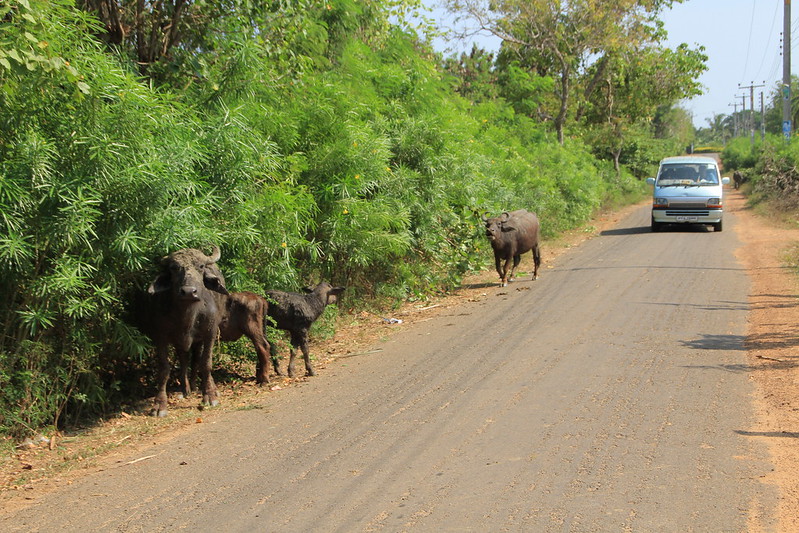 It’s a fantastic day. 189 km. At dusk I arrive at the Sandy’s Cabana on Marakolliya Beach just a few km outside of Tangalle and settle down for a few night in my own rustic bungalow. Half pension included in the 25 USD/night price tag.

The lightning (no thunder) impressively illuminated the sky at night. 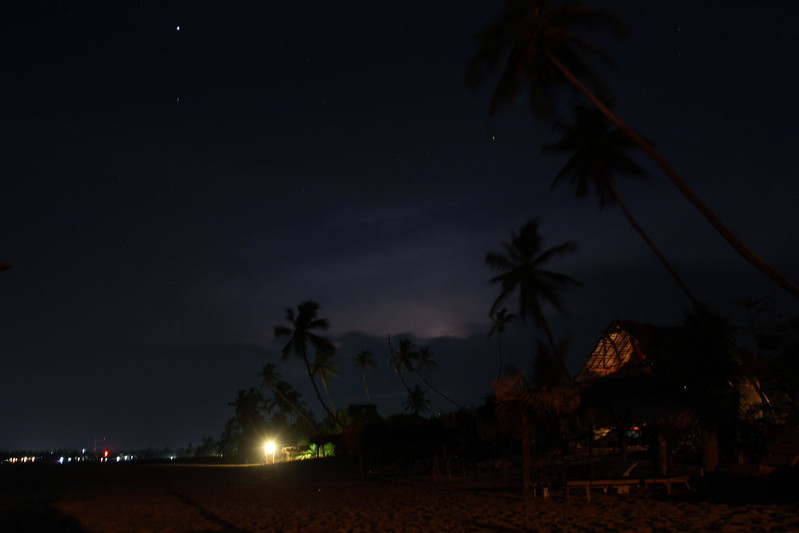