It’s been more than 4 years now that I met them. I was riding northwards through Mauritania and the endless, desolate Sahara Desert when a van full of primarily Spanish travelers stopped me somewhere along that bit of black bitumen that cuts through the Sahara.

We talked a little, they seemed quite surprised to see a lone rider in the desert, and handed me chocolate bars and canned beers (that I drank the next morning at my desert camp when the beer was still reasonably cold. Day time temp. reached 40-42 degrees Celsius), and then they continued south through the desert (read more here – in Danish) 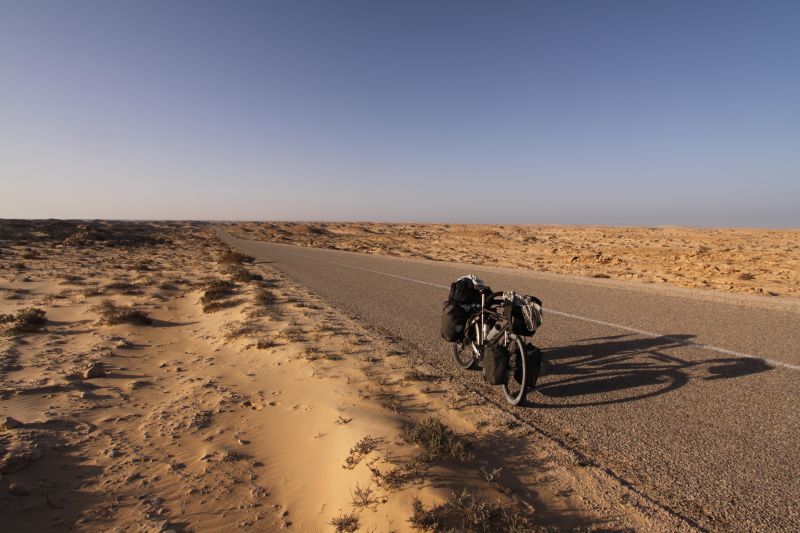 Seeing people (just anyone!) when cycling through the Sahara always excited me somehow.
Meeting random people/passers-by for a little roadside chat was often the social highlight of the day/week.

The meeting that day – October 25th 2009 – stayed with me for days, but as it often goes, I never heard from the group again.
Until recently when one of the guys from the group, Albert Gual, wrote to ask me for an interview for his new website.

You can read the interview (in English) here. 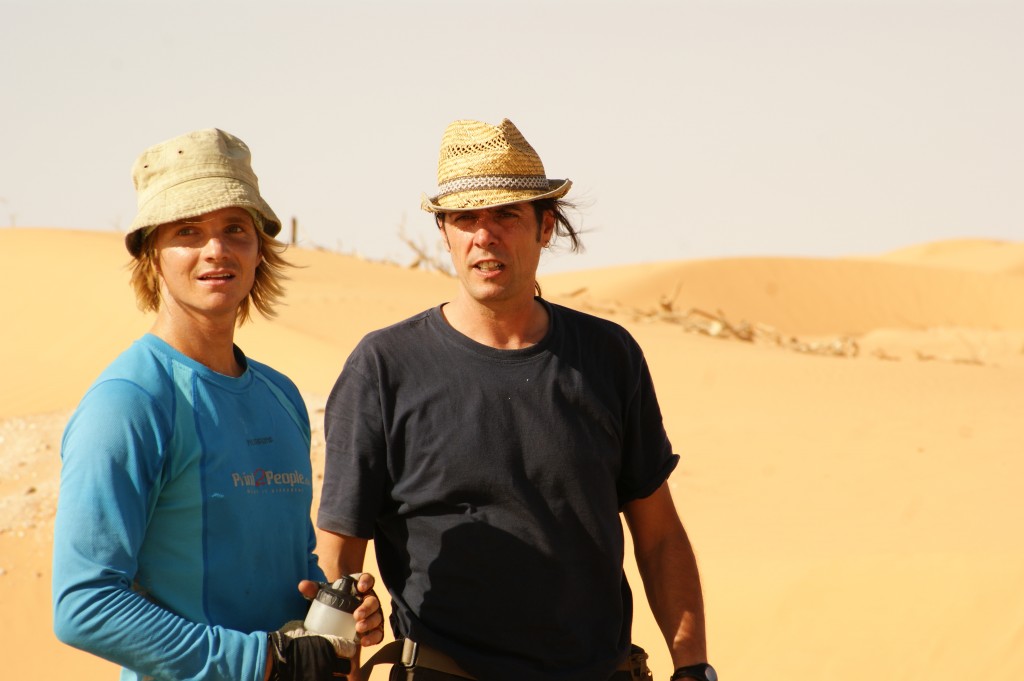 A few days ago I got an email from Argentinian RTW-cyclist Pablo Garcia that (amazingly) has been cycling around the world for more than 12 years now. We met in Turkey in June 2006 (when my own world ride was in its infancy), cycled together for a while, and had a really great time)

In the email Pablo told me that – totally by chance – he’d just met two Danish travelers in Mexico that I know through my parents and who’s going to celebrate New Years Eve with my parents tomorrow! Now what are the odds…

Intriguingly, the past never stops catching up on us…